2019 Economic Forecast – What’s In Store For The Year Ahead?

Amongst all the merriment and festivities as 2018 wrapped up, the Richter team hosted our annual Economic Forecast event. An event that toasted to the year that was and gives insights into what’s in store for business owners in 2019.

Joining as our keynote speaker this year was the inimitable Mr. Douglas Porter, BMO Financial Group’s Chief Economist and Managing Director. While our attendees at both the Montreal and Toronto events settled in, Mr. Porter gave an intriguing presentation.* Here are some of the highs, lows, positives, not-so-positives, and areas of uncertainty forecasted for the new year:

While there is less uncertainty now that a new deal has been tabled (as at time of publication it still needs to pass through Congress), there are a few questions that remain. The main being the clause regarding future deals with “non-market economies”. Any future trade deals with China will likely need to be vetted by the U.S. and Mexico before going through, perhaps impeding chances of Canada signing free trade deals with countries like China. What is worth watching above all in 2019 is whether or not the new U.S. Congress will want any revisions done to the USMCA deal before signing. But as Mr. Porter pointed out, it’s been speculated that if any changes are to be tabled, those would largely be done to U.S. rules, not necessarily re-opening the deal entirely. Overall, the new deal has at least lifted the cloud of uncertainty that loomed overhead for many business owners.

Canadian markets rallied for about one day after the new trade deal was introduced, but since then the Canadian equity market is down, as is the Canadian dollar. Markets aren’t only responding to the deal, but also to the second, deep correction in U.S. equities, and the volatility being felt by equity markets overall. The bigger item to note is the rise in long-term interest rates in the last two years seems to have finally ended. The U.S. 10-year interest rate hit 3.2% – and Canada’s move had been just as extreme. This “reset” was also weighing on global equity markets, but now the latest drop in oil has pulled long-term rates back down again.

The global economy has been actually very healthy in the last few years. After inflation, the 2018 growth rate almost matched the prior year, and Mr. Porter anticipated only moderately slower growth for 2019. While expected to be a bit below average for the global economy, growth will still remain broadly positive for the coming year.

Canada was the fastest growing economy in the G7in 2017, but the story changed in 2018. Growth has been at about 2% (noted to be a “normal” year for Canada), which it is projected to be close to for the coming year as well. There is a different story in the U.S. – some cooling off over the next year is predicted, but due to its fiscal stimulus package, it is still projected to lead the G7.

Not only were U.S. taxes slashed over the past year, but Congress also ramped up spending increases to defense and social programming, which added about 1% growth. However, many are pointing out that over time this growth isn’t sustainable. The country is running big budget deficits – thought to hit one trillion this year – and it’s puzzling to see why the U.S. is stimulating its economy when its unemployment rate is low (below 4%) and projected to go even lower over the next year. Experts are saying it isn’t advisable for Canada to follow suit because it also has such low unemployment rates.

Canada’s jobless rate is presently at 5.6%, matching the lowest rate in the past 40 years. It’s projected this will stay low in the next year as well. The tight labour market is going to be a big story in Quebec. It has the second lowest unemployment rate in the country (second only to British Columbia). Wages on both sides of the border are on the rise following the recession. The average increase is expected to climb closer to 3% in Canada.

The Bank of Canada likes to aim for 2% inflation (currently just below that pace). Canada is in line with most major economies but with oil prices moving much lower late in 2018, inflation may come down slightly. Quebec’s inflation rate is low, but expected to be closer to 2% in 2019. Inflation and deflation of common consumer items balances quite fairly (gasoline and bread are at -5.4% and -3.1% respectively, while air fares are up 9.0% and auto insurance costs have risen 4.9% in the past year), accounting for the near -2% rate of inflation overall.

In the last year and a half, foreign buyers’ taxes have been implemented in BC and Ontario, along with tighter rules from the Federal government and five interest rate increases from the Bank of Canada. These factors have all helped to control the market across much of the country. While average prices are still high, they are thought to be more under control now. Going forward, pockets of strength include Ottawa, Montreal and Hamilton as they don’t have non-resident taxes. Nationally, major price growth isn’t predicted, especially coming off the frenzy seen in Toronto and Vancouver just a few years ago. Raising interest rates may dampen the market slightly but conversely, strong population growth will likely support it.

The growth of household debt has also calmed. Since the recession ended in 2009, two big factors have been driving the Canadian economy: the housing market and consumer spending – largely in auto sales. Both of those markets now however have slowed. So where will the growth come from? Exports will build momentum thanks to USMCA, CETA and a deal with Asian markets. Infrastructure spending will likely also play a factor.

Despite all the uncertainty of the past year, the Canadian dollar held up well until late in 2018. In the forecast, Mr. Porter looked for only a mild strengthening of the dollar over the next 18 months. In terms of interest rates, the Bank of Canada wants to get interest rates closer to what they consider to be “normal”. However, if oil prices stay weak, the Bank of Canada may rethink this, or at least take longer to get there. Most major banks are forecasting between one and three interest rate hikes by the Bank of Canada in 2019, with BMO looking for two. This is a similar story in the U.S. The Federal Reserve rate increases have been slow and non-aggressive. It’s predicted they will raise interest rates two further times in the coming year (after four rate hikes in 2018).

*Facts and figures as mentioned above are cited from Mr. Porter’s presentation.

CPA auditor, CA
Giovanni has acquired over 20 years of expertise advising companies in a vast array of industries. 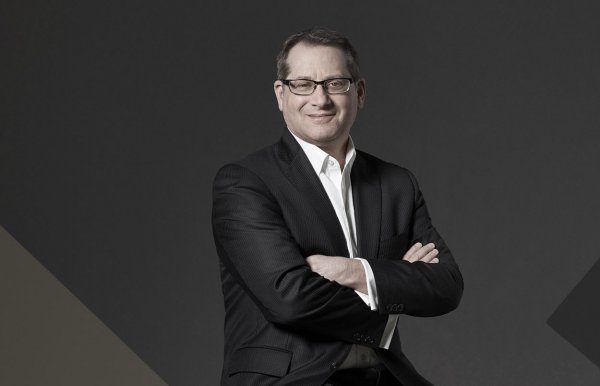 CPA, CA
For over 25 years, entrepreneurial clients have benefited from Mitch’s ability to bring clarity to business strategy and tax planning challenges while adding value to their corporate entities and families.