This article was published previously and has been edited to reflect the current situation in Canada, in 2020.

Given the current pandemic, landlords are receiving requests or insolvency process orders whereby they are required to provide various forms of financial relief and/or tolerance to their tenants.

Landlords may be open to such requests in order to keep tenants who will benefit from restructuring, densification of premises and locations to maintain a certain building occupancy rate through a forecasted period of recovery. How should this be navigated?

Parties often find themselves in a situation where they must address the interests of both the landlord and the tenant. The landlord may be open to the idea of providing certain relief to the tenant without formally surrendering the amounts owed; often, providing deferrals of amounts due under existing lease obligations and seeking to retain the right to claim and recover these amounts from future tenant operations in some circumstances.

As is often the case, the solution adopted will often have consequences in terms of the applicable tax treatment for purposes of the Goods and Services Tax (GST), Harmonized Sales Tax (HST) and Quebec Sales Tax (QST). These taxes have to be dealt with to allow recovery of sales taxes remitted by the landlord on uncollected rents that have been forgiven or deferred and which may be subject to future recovery when not written off permanently as a bad debt expense.

The following are some common situations where GST/HST and QST should be taken into account.

It should be noted that the term “landlord” may refer to the owner, or to the property manager, depending on the circumstances, in cases where the manager is acting as an agent or in the case of an operator for a joint venture.

This can result in undesirable GST/HST and QST consequences.

It is important to remember that under the Excise Tax Act (ETA) and the Quebec Sales Tax Act (QSTA), the supplier (i.e. the landlord) is required to remit GST/HST and QST in respect of the amounts owed by the tenant pursuant to a written agreement (i.e. the lease) irrespective of the amount that is actually paid by the tenant. In other words, landlords who agree to let unpaid amounts accrue will find themselves in a situation where they have to remit an amount of tax that is greater than the amount that was actually collected from the tenant.

It should also be noted that the recipient (i.e. the tenant) will be entitled to claim an input tax credit or input tax refund (“ITC/ITR”) in respect of the amount of tax that became payable during the reporting period, regardless whether this amount was actually paid by the tenant.

Landlords must understand this dynamic when discussing a potential arrangement with a tenant.

Given that this type of arrangement does not involve any retroactive adjustments, all that the landlord has to do is make sure that the taxes are collected and remitted based on the new rent amount that is agreed upon with the tenant.

However, such adjustments must be documented in writing (e.g. in an addendum to the lease) to avoid any confusion regarding the value of the consideration at the time of an audit by the tax authorities.

Under the ETA and the QSTA, a supplier may refund or credit the amount of GST/HST and QST initially payable with respect to a supply where the related consideration will be reduced within the four years following the date of the supply.

In such cases, the landlord can make an adjustment in its GST/HST and QST return to recover the taxes related to the amount credited to the tenant. However, to use this relief provision the owner must issue a credit note to or obtain a debit note from the tenant, including the prescribed information, within a reasonable time.

Although this solution provides the desired tax relief, the credit or debit note is a document stating that the consideration has been reduced and that any outstanding amounts are no longer payable. If an owner still wants the right to claim arrears in some circumstances, this goal will not be achieved if a credit note is issued for the purpose of reversing arrears without taking further steps to protect the amount of debt owed.

However, issuing a credit note while at the same time making certain lease adjustments, in which both parties acknowledge the arrears owed, may be an interesting solution.

A supplier (i.e. the landlord) may deduct an amount in calculating the net tax equivalent to the fractions of GST/HST and QST included in the amount of debt written off. However, the following conditions must be met for such financial relief to be available:

The expression “bad debt” is not defined in the ETA or the QSTA. However, the following factors may be taken into consideration in determining whether an amount qualifies as a bad debt:

Moreover, to be able to benefit from the GST/HST and QST adjustment, the supplier must be able to demonstrate that it has truly taken all reasonable steps to collect the debt owed by the recipient.

If a landlord continues to do business with a tenant who remains in the leased premises, it would seem unlikely that the rent reductions granted could constitute bad debts that would provide the relief described above.

There are limited options for providing GST/HST and QST adjustments in cases where the tenant and the landlord are related and where the tenant is not making any taxable supplies in connection with a commercial activity (e.g. the tenant is operating a medical clinic or is carrying on financial activities like a holding company). In such cases, the consideration relating to the supply made by the owner (i.e. the rent) is deemed to be made at fair market value (“FMV”) and this amount may be established or adjusted by the tax authorities, even when the related parties have agreed upon a lower amount.

In such situations, the owner will be required to remit the GST/HST and QST on the FMV of the rent, regardless of the agreement between the landlord and the tenant.

This article was originally co-authored by Martin and Catherine Dickner*, CPA, CGA, D.Fisc., Adm. A. Catherine is a former Richter team member. 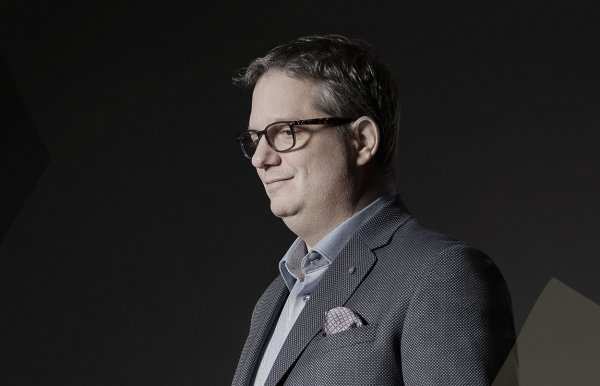 LL.B.
Calm, business-oriented, and creative in his approach, Martin Gilbert says that working as closely as he does with clients has given him a refined approach to communications and service excellence. This, along with his sense of humour, makes Martin a real pleasure to work with.