Many executives, real estate investors and their family members have become involved in investments in newly constructed or renovated condominium and residential properties for the purposes of earning revenue from short-term rentals – often centered on tourism and visiting students.

This sector of the lodging industry is subject to specific regulations and taxation compliance obligations of its own. The GST/QST rules (short-term accommodations are generally taxable whereas long-term residential rentals are exempt) and the tax on lodging are just some examples.

Generally, companies that want to work in the short-term accommodation field (hotels, inns and other similar types of lodgings), must obtain the necessary licences and permits and also register to collect the appropriate taxes in compliance with tax laws. Yet the advent of e-commerce and of the sharing economy has disrupted the way we do things; upsetting the traditional economic model of which companies have become accustomed.

In short, the sharing economy is a socio-economic model in which goods, services and knowledge are shared or exchanged between individuals. This can take the form of either a monetary exchange, such as selling, renting or delivering services, or a non-monetary exchange, such as swapping, donating or volunteering. In this economic system, the individuals are generally connected to each other through digital platforms. Many companies have based their success on this type of economy and have become major international players. Think Uber and Airbnb.

With the boom in the sharing economy and the rise in transactions between individuals, many associations and groups have drawn attention to the negative effects on their industry. We may think of the taxi industry as a notable one, which took a dim view of the competition from Uber and its drivers.

The same thing is happening in the accommodation industry with platforms such as Airbnb. Many operating in the traditional hotel industry are bemoaning the fact that the proliferation of dwellings available on these platforms is creating unfair competition as well as friction between tourists and residents. The added argument is that it is also taking more-long-term rental dwellings off the market. Additionally, a growing number of individuals using these platforms ignore or don’t properly understand the regulatory and tax obligations that may apply to their situation.

This ignorance of the laws in effect poses major challenges for the tourist accommodation industry, for companies, and for tax administrations, particularly when it comes to the increased risk of tax non-compliance.

The Quebec government has taken measures to ensure that initiatives associated with the new economy are governed by both regulations and legislation that keep innovation, security and fairness in balance. Quebec wants to encourage the sharing economy as long as it complies with tax legislation and workers’ rights.

The Quebec government has indicated that it intends to adopt an open-minded approach and to offer the sharing economy appropriate and fair supervision, while taking into account traditional trade activities.

And so in October 2015, the Act respecting tourist accommodation establishments was amended to simplify classification issuance procedures for tourist accommodation establishment operators and to increase the Ministère du Tourisme’s powers of investigation and inspection to ensure compliance with said Act. As we’ll see further on, these investigative and inspection powers were transferred to Revenu Québec in 2018 under Bill 150. The main purpose of the amendments to the Act was to facilitate compliance for individuals offering tourist accommodations through sharing economy platforms.

The Quebec government then also took several other measures, including the following:

Agreement with Airbnb and Bill 150

As mentioned above, Revenu Québec, the Ministère du Tourisme and Airbnb signed an agreement on July 21, 2017. This agreement was made public in August of 2017. This is the very first tax agreement of its kind in Canada. Through its limited role (making its digital platform available), Airbnb is neither an operator of an accommodation establishment, nor an intermediary under the Act for the application of the tax on lodging. Consequently, Airbnb has no legal obligation to pay, collect or remit the tax on lodging as it regards to the provision by hosts of accommodation units in Quebec through its platform.

Under this agreement, Airbnb voluntarily agreed to register for the tax on lodging and to collect and remit this tax to Revenu Québec as an agent for the hosts starting on October 1, 2017. For their part, hosts offering accommodation units strictly through the Airbnb platform will not be required to be registered for the tax on lodging.

With this agreement, it seems that Quebec sees advantages from an administrative and a tax-compliance standpoint given that Revenu Québec will only have to deal with a single person (Airbnb) for the collection and remittance of the tax on lodging instead of with the thousands of hosts using this platform. In addition, the agreement calls for the sharing of information that will give Revenu Québec access to information on the hosts so that it can carry out tax audits on them for other tax laws, including GST/QST and income tax.

Airbnb, for its part, indicated that this was a fine example of partnership with the government and that this agreement imitated a model already in place elsewhere in the world. It is reasonable to believe that one of Airbnb’s motivations for signing this type of agreement was to make life easier for its users (the hosts) because these users will not have to register for or collect and remit the tax on lodging.

We must remember that the industry had, for a long time, been complaining that Airbnb’s services constituted unfair competition and also that Quebec had adopted Bill 67 in the spring of 2016 requiring Airbnb lessors to collect the tax on lodging and to obtain official certification from Tourisme Québec. The government had also designated 18 investigators to ensure compliance with these new requirements, but this was not a great success. At the time this agreement was signed, Airbnb had around 22,000 dwellings being offered by Quebec lessors on its platform, half of which were in the Montréal area.

Another important aspect is that of Airbnb being seen as a “good corporate citizen” – as it is dealing with a movement wherein some cities around the world are choosing to prohibit the rental of residences through its platform. While Montréal has not followed suit yet, we should point out that the borough of Ville-Marie adopted new rules on June 12, 2018 to limit the number of short-term residential rentals in downtown Montréal. The aim of the new by-law is to restrict private tourist rentals such as those offered on the Airbnb site. The rules will limit new rentals along a 3.3-kilometre stretch of Sainte-Catherine Street and will prevent the opening of new tourist residences less than 150 metres away from each other. With this announcement, Airbnb declared in a press release that it wanted to work with the City of Montréal to ensure that the new by-law takes into account both the problems of accessibility and the rights of individuals to share their dwelling.

With the adoption of Bill 150, Quebec has made amendments to the tax on lodging and is now allowing sharing economy companies with digital short-term accommodation rental platforms to voluntarily register for and collect the tax on lodging. Essentially, the amendments ensure that the other sharing economy companies can now obtain conditions that are similar to those that Quebec has granted to Airbnb. In addition, the investigative and inspection powers that used to belong to the Ministère du Tourisme have been transferred to Revenu Québec. It is expected that Revenu Québec’s actions will probably have greater impact than those of the Ministère du Tourisme.

In a press release dated June 13, 2018, Revenu Québec announced that it will be starting its awareness-raising, inspection and investigation activities in the tourist accommodation sector with a team of 25 people, with a view to fighting against illegal accommodations and to ensuring that operators are complying with tax requirements. To this end, Revenu Québec has published guide IN-259, Inspection des établissements d’hébergement touristique (available in French only), which explains the requirements of the operators, how the inspections are carried out, and the fines and sanctions applicable if there are any omissions.

A person who rents tourist accommodation units to customers through a sharing economy platform must register for and collect GST/QST, unless they are considered a small supplier (i.e. $30,000 or less in taxable supplies over a 12-month period). This person must also include the income from this rental in their income tax return.

Also, unless the sharing economy platform is registered for the tax on lodging, a person who operates a tourist accommodation establishment located in a tourist area where this tax is applicable must register for and collect and remit said tax on each accommodation unit rented to a customer. Please note that the GST/QST concept of “small supplier” does not apply to the tax on lodging. 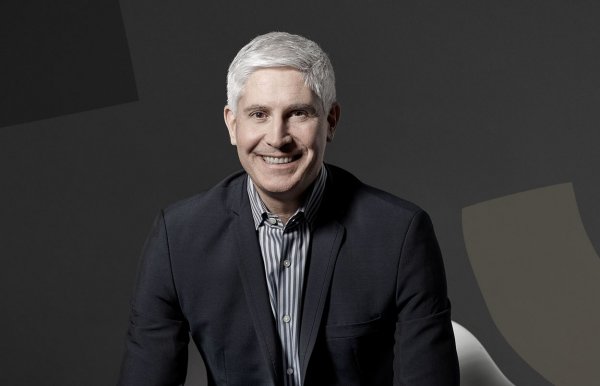