The contest was designed to:

The Richter AInnovation Contest was launched as a platform to mobilize the internal audit profession and act as an initiator of change in the market. This year’s contest provided a unique opportunity for the individuals from the participating teams to highlight their innovative ideas through creative and inspiring projects.

The team of Carine Verlez and Linda Lazure from the National Bank of Canada was chosen as the grand prize winner and received the Richter AInnovation Award for their project on auditing culture! We wish to acknowledge the support of Chief Audit Executive Marie-Chantal Gingras, who acted as a mentor to this team. The winning team received a prize of $1,500 in the form of a donation to the Regroupement Partage – the charitable organization of the winning team’s choice. 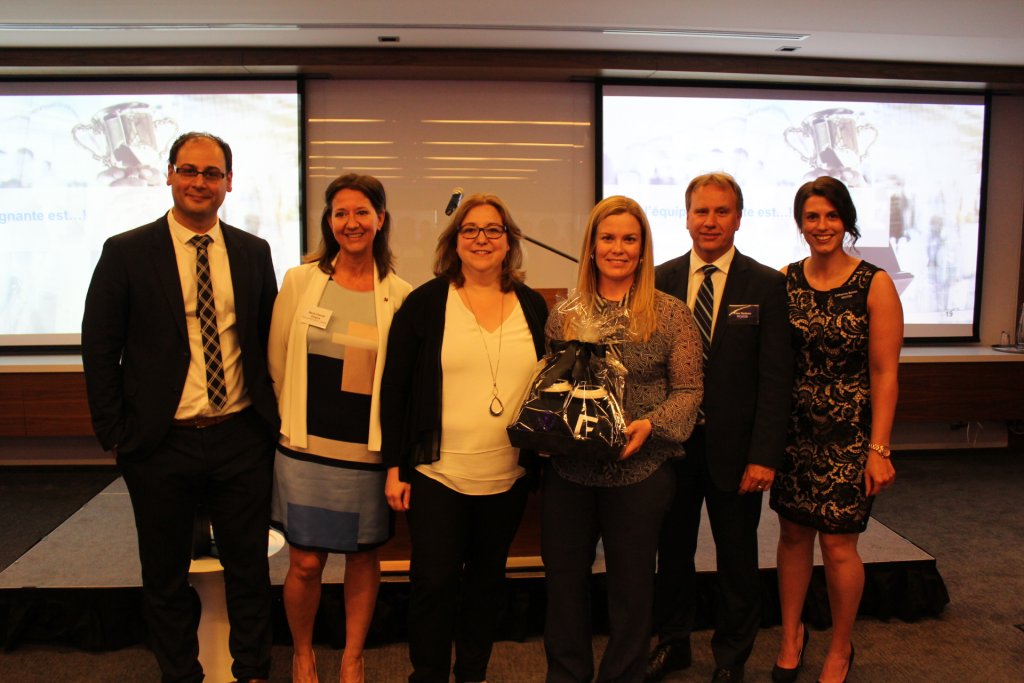 We wish to thank everyone who took part in the first edition of this contest, as well as everyone who attended the cocktail evening. It has been a great pleasure getting to know the internal audit innovators of tomorrow!

We are proud to pioneer innovations in internal audit through this contest and are pleased to announce that the contest’s second edition will be launched in the fall. Stay tuned for further information about the next edition of the contest. Until then, keep on innovating!