An epic moment with Darren Morenstein

We had the great honour of hosting an event for members of the Montreal Chapter of Entrepreneurs’ Organization. The guest of honor was a wildly popular Montréal entrepreneur, Darren Morenstein, Co-founder of NextTime Productions which produces the very popular YouTube channel Epic Meal Time. 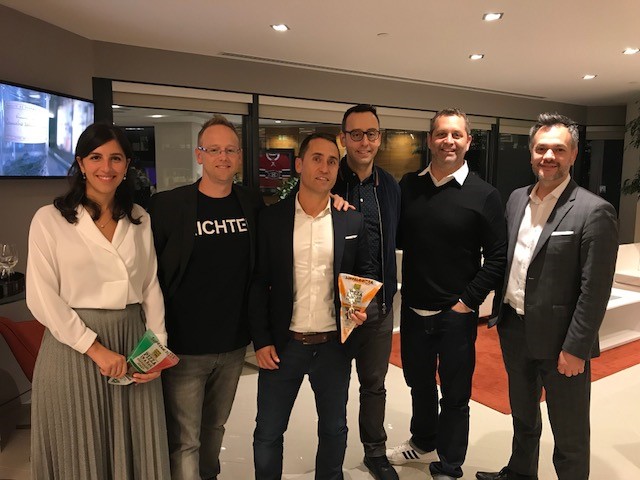 Darren Morenstein began his career as a substitute teacher but, along with his brother, he saw the power of YouTube and social media early on. What started with just one video about a bad pizza grew into a media empire. Epic Meal Time now has over 7 million subscribers amassed so far. He co-built a brand and a business by being one of the first YouTube entrepreneurs to monetize a product beyond the traditional revenue model. Epic Meal Time’s extensive social reach has led to a cookbook deal, merchandise, producing content for some of Hollywood’s biggest stars, and recently, Next Time Productions has launched its consumer food brand, Super Snack Time.

During the EO event, Darren shared his insights about his explosive YouTube career, gave precious advices and lessons learned along the way and inspired an amazed audience with his journey.

The chat was moderated by our Partner, Scott Binns. Here are our favorite quotes of advice and take aways from Darren:

Our thanks to Darren for being so generous with his time and lending his insights to our EO guests.