COURT OF QUEBEC RULES THAT A TIP IS NOT A CURRENT EXPENSE AND IS THEREFORE NOT DEDUCTIBLE FROM INCOME IN MOTTER V. AGENCE DU REVENU DU QUÉBEC

Tenant inducement payments (“TIPs”) are an important consideration for most landlords and their tenants when negotiating a commercial lease. Landlords use TIPs as an instrument to attract and bring tenants to their premises and represent an important competitive component of tenant leasing. Given the often material dollar value of TIPs offered by a landlord to a prospective tenant, the treatment of TIPs for tax purposes may have a significant impact on the landlord’s operating cash flow.

Two important 1998 court decisions regarding TIPs as rendered by the Supreme Court of Canada (the “Supreme Court”), Canderel[1] and Toronto College Park,[2] both provided for the full deduction of TIPs against the current year income of the respective landlords in the year in which they were made.  A deduction as a current expense allows the landlord to reduce its current year income tax liability. Likewise, as the TIPs are not added to the cost of the real property, on the eventual sale of the real property, they are not later subject to tax as a recapture of deprecation for tax purposes.

Last March, a decision rendered by the Court of Quebec, if maintained on appeal, may have significant impact on the now common practice of claiming TIP costs incurred by the landlord as a deductible operating expense. The Court of Quebec ruled that the taxpayer, landlord Frank Motter, was not entitled to deduct a TIP cost of $2.1M as a current expense from his business income. The Court suggested that Frank Motter should have capitalized its TIP as a capital cost when it was incurred in the construction of the real property base building. This decision also came as a surprise given the past Supreme Court decisions on the matter. It is currently under appeal at the Court of Appeal of Quebec.

Essentially, Frank Motter is in the business of constructing and renting commercial real estate. He concluded a lease agreement with Téléglobe regarding a building that he agreed to construct as owner and lessor, on their behalf, as lessee. The agreement stipulated that an “Initial Improvement Allowance” of $2.1M was provided to the lessee Téléglobe. After construction, Motter invoiced Téléglobe $2.7M for the tenant improvements made by him. Téléglobe used its Initial Improvement Allowance in full to pay part of this bill and the balance of $600K was paid by the lessee in cash. Motter deducted the Initial Improvement Allowance as a current expense from his income as he considered it as a TIP. However, Revenu Quebec refused it as it considered the payment as a capital expenditure. The Court claimed to consider and apply the criteria set out in the Supreme Court decisions for a payment to be considered as a TIP and be a deductible expense, but in the build-to-suit arrangement between the lessor and Téléglobe; the Court of Quebec ruled in favour of Revenu Quebec. 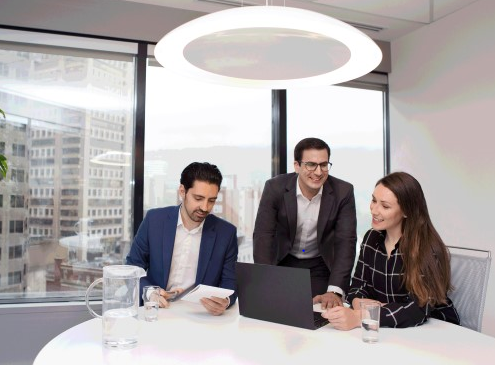 First, the Court of Quebec examined Canderel, in which the taxpayer developed and rented commercial premises. After the construction of the Churchill Office Park (“COP”), the development project in issue, Canderel struggled with finding tenants as only 2.3% of COP was leased. In addition, COP was dealing with a highly competitive market as the vacancy rate was at a high 14% at that time. That’s when Canderel decided to offer TIPs to encourage tenants to enter into leases, which proved to be a successful strategy. As a result, Canderel deducted the TIPs in the year in which they were made, but the Minister of National Revenue was of the opinion that the TIPs should have been amortized over the terms of the leases.

In this decision, the Supreme Court defined a TIP as a contractual payment made by a lessor with the aim to encourage a lessee to conclude a long-term lease with him. The Court also elaborated six principles to be considered in the analysis of the benefit for a taxpayer to pay a tenant inducement:

(a) the provisions of the Income Tax Act;

(b) established case law principles or “rules of law”; and

On the basis of those principles, the Supreme Court found in favour of Canderel and allowed it to fully deduct the TIPs in the year in which they were made. It disagreed with the Minister of National Revenue and explained that the amortization of the TIPs over the terms of the leases is not a method that necessarily provided a more accurate picture of the taxpayer’s income.

The Supreme Court also pointed out that the Federal Court of Appeal had erred by applying the matching principle, which is a principle that can be applied if an expense is directly related to specific items of future revenue. In the case of Canderel, the Court identified four main benefits of the TIPs for Canderel: the ability to avoid losses if it had to maintain a vacant building, the capacity to satisfy its provisional financing conditions and obtain its permanent financing, the capacity to preserve its reputation and status considering the highly competitive and difficult market and its capacity to earn income through rents and management fees. The Court recognized that even if some of those benefits were only going to be realized in the future, the matching principle would still not be applied because the TIPs only needed to at least partially relate to benefits in the year of the expenditure, which was the case for Canderel.

The Court of Quebec then also examined, Toronto College Park, in which the facts are similar to those in Canderel. Once again, the Supreme Court ruled in favor of the taxpayer by applying the principles elaborated in Canderel.

One of Toronto College Park Limited’s (TCPL) new commercial buildings was ready for occupancy, but no tenants had been found. As a result, in 1983, TCPL suffered rental losses of about $5M, so in the same year, it made two TIPs: One which was described as being for tenant improvements although the tenant had no obligation to use it for that purpose and the other one was made to contractors who were employed by the Ontario Ministry of Government Services and was made for the benefit of the ministry.

The Supreme Court allowed TCPL to fully deduct the TIPs in the year they were made and just as in Canderel, it pointed out the particular difficult market that the taxpayer had to deal with:

[…] it is, in my opinion, determinative that the trial judge in the instant case found that the primary purpose of the TIPs was to achieve a benefit which was realized entirely in 1983: the inducement of prospective tenants to lease space in the building.  This being the case, and I can find no reason, on the evidence, to dispute this finding, the amortization of the payments over the terms of the various leases would seem to make little sense  […] and the matching principle certainly should not be applied in a case such as the present one, where no linkage to future revenue has been found. […] Matching is simply not an issue when all benefits related to expenditure are realized in the year in which the expenditure is made. […] With respect, the accuracy of the income picture is the only issue to be considered, once it has been established that the method used by the taxpayer to arrive at this picture is consistent with the provisions of the Act, with the judicial interpretation thereof, and with the well-accepted business principles, including but not limited to GAAP, which are found to be applicable in the particular case.[4]

In the case of Motter, last March, the Court of Quebec did not allow the developer landlord to deduct the Initial Improvement Allowance of $2.1M he made to Téléglobe as a current expense. It explained that there is no evidence that the payment was intended to induce Téléglobe to contract the lease agreement, which does not satisfy the definition of a TIP elaborated by the Supreme Court in Canderel. Indeed, it did not constitute a TIP from the fact alone that it was disbursed during the first year of the lease. The payment did not either provide Motter any immediate benefit within the same year it was made and there was no evidence that Motter was dealing with a particularly competitive and difficult market.

Moreover, the Court of Quebec examined the following clause in the lease agreement:

The Court of Quebec explained that it was not a coincidence that Motter was chosen to build the tenant improvements, that this was planned by the parties and provided in the agreement. The Court also pointed out that this clause explicitly provided that the Initial Improvement Allowance must be devoted to the construction of the tenant improvements, concomitantly with the construction of the building itself. It therefore concluded that “there is no proof that links this expense to anything other than the construction of the building with a view to a future benefit arising from the collection of rents over the term of the lease”.[6]

The decision rendered by the Court of Quebec in Motter is a reminder that it is important to pay particular attention to commonplace TIPs, the specific circumstances and arrangements between landlord and lessee and their timing. Landlords can no longer always assume that TIPs are considered as current expenses and deductible from income as provided by past decisions rendered by the Supreme Court. The state of evolved current tax law and its interpretation can have a considerable impact on the tax treatment of TIPs. Particular attention should therefore also be paid to the formulation and wording of clauses regarding TIPs in a lease agreement, especially in a build to suit agreement.

[5] Article 31 of lease agreement between Motter and Téléglobe